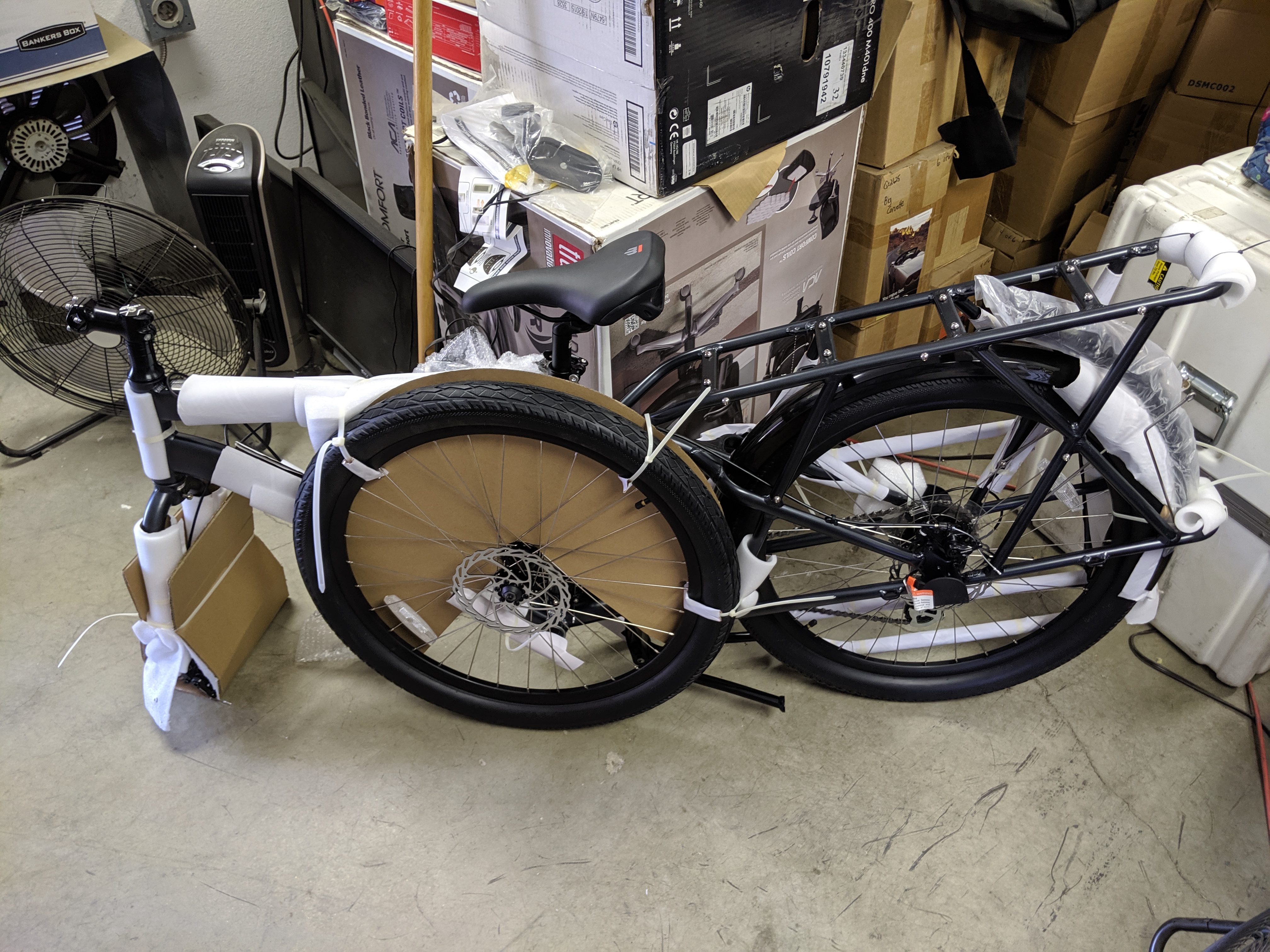 I’ve wanted to build a cargo bike for some time.  I’ve gone halfway a few times, with Frankenbike (front and rear racks, plus a handlebar basket on fat 4.9″ tires, with a 48v, 20a geared hub drive) being the closest I have gotten to the mark.

When Mongoose began offering a mid-tail ‘urban’ frame — in a complete bike that retails for less than half of anything similar on the market —  I had to jump in and give it a shot.

So here it is, fresh out of the box in its stock form. 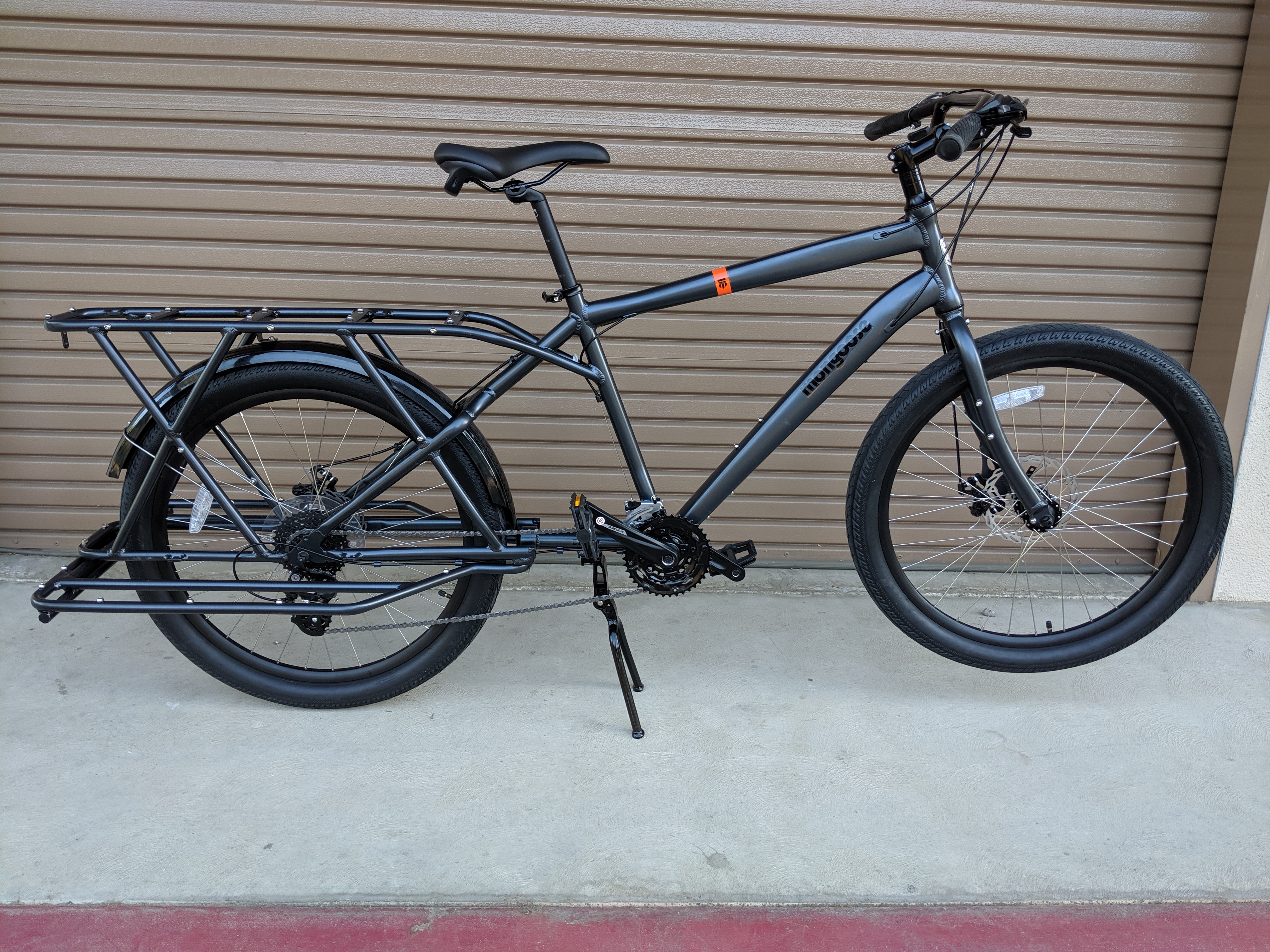 Which lasted about a day.

As I write this, the bike has had its cranks and bottom bracket removed, its chain and derailleur detached, the brakes have been upgraded, and of course there’s the double-kick longboard raised upper deck … 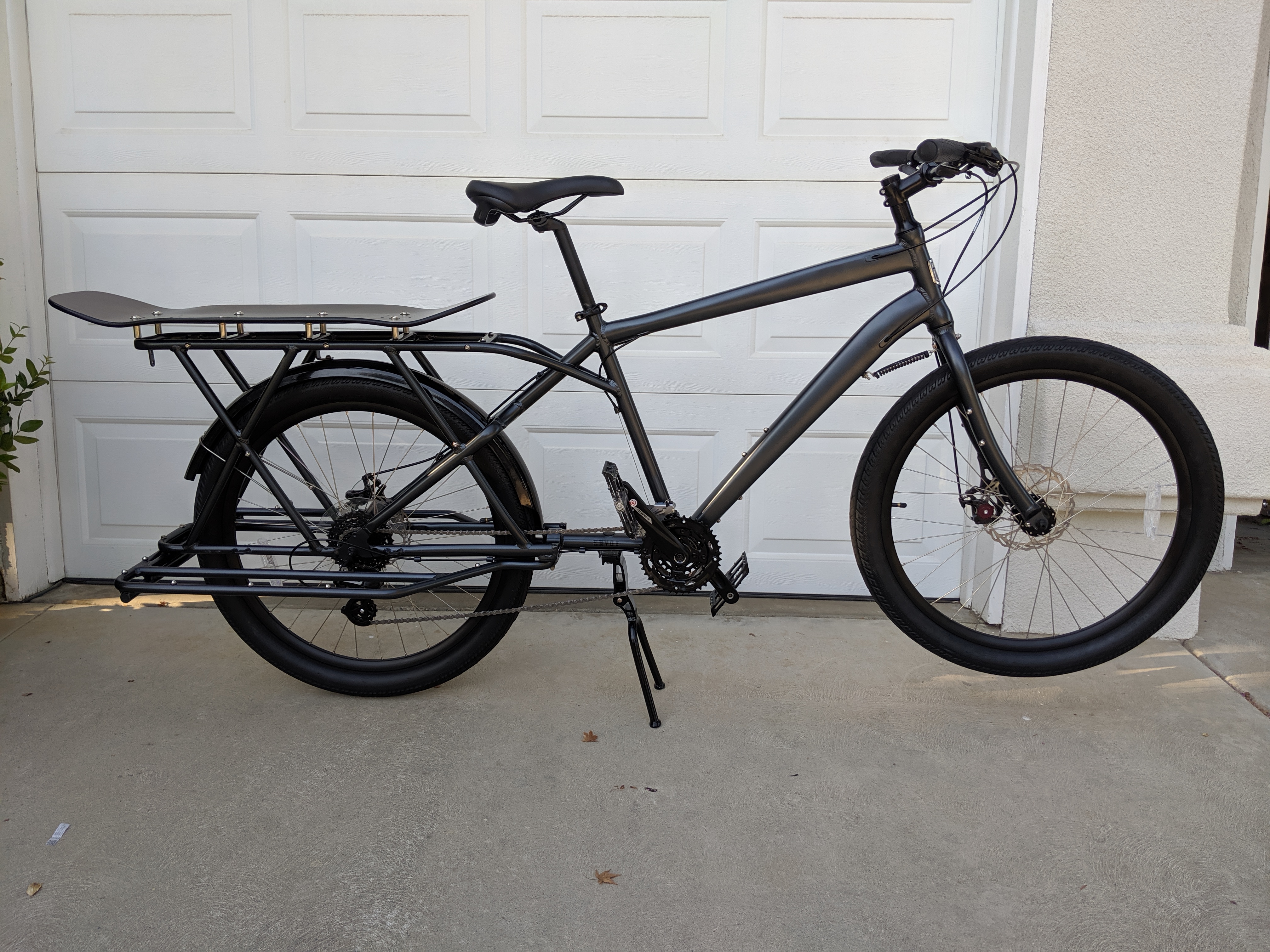 … and thats only the beginning.  With that said, this bike is going to be left outside unattended (but securely locked) at local shops.  I don’t want to pour money into its components in case someone manages to make off with it.  So I will be keeping the changes to a minimum – or at least minimum for me.  I’ll be doing just what is needed for improving drivetrain reliability, safety and of course, adding a motor.  And a front rack.  And a suspension seatpost.  But that is it.  Really.

EDIT:  As you can see from the content in the other chapters of this project… all that talk about keeping things under control went out the window.  In the end I decided to just go for it and ended up with what I think is a top line cargo hauler capable of handling 450 lbs+ total system weight (or more… 450 is just how much I have loaded so far) with ease, as well as being an easy commuter.

31 thoughts on “The Mongoose Envoy Project”

We went over the parts list in Part 1, now its time to get down to business and make some panniers.

Commercial products are available but are priced at US$300 for a pair. This alternative offers more space for minimal cost, needs only a few simple tools and can even be assembled in a few minutes.